Under the full moon of November 28th. 2012 the first possible pit firing ceremony of the new season is planned. Actual date subjest to change do to weather / fire conditions. 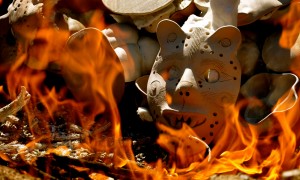 With three days of winter under our belt it looked like the first pit firing of the season was a go. And then yesterday summer returned… but the weed/fire control was undertaken successfully on a cool calm morning. In August we were living in a jungle of green thanks to a wild monsoon season: which means we are now living in a jungle of dried weeds and grasses. Surely winter will return. I am planning the first pit firing for November 28th. 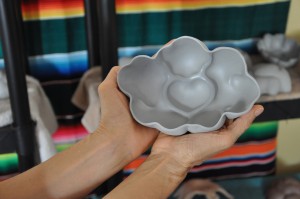 The Elephant Spirit pots will be the first offerings into the marriage of earth and fire under the full moon. 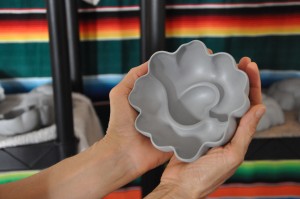 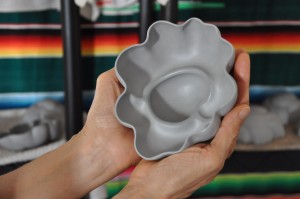 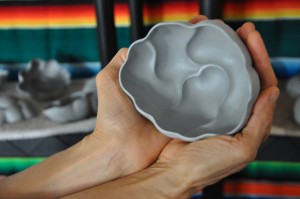 Tree Woman is many things; so many that it is not possible for me to speak to all of them at this time. So, I will speak of just a few. First of all, she is a tree, as a tree she is a symbol for all of nature. Secondly, she is woman inseparable from the rest of nature. In this aspect she is a symbol for the human animal. She is also divine: a Goddess immanent in nature. These three symbols as one actually function as a portal into the reality she represents.
Tree Woman speaks of the beauty and bounty of mother Earth and the rebirth of our conscious participation in the web of life. She speaks volumes of gratitude to all indigenous people of this planet who hold this sacred ceremonial space, generation after generation, generation after generation; as the majority of humanity has lost their footing: their rootedness in Mother Earth.
She is also a self-portrait: that most personal of genres of the artist. She is me. I found my true mother early on waiting for me every day in the yard of my suburban childhood home. She was an enormous old Apricot tree. She fed me year after year, in many ways, as I grew to adult hood. At that point the greater tree nation called me out: I was beckoned to Alaska where I lived in the woods for thirteen years. It was there that I became Tree Woman.
As we all stand upon the threshold of rebirth we have a glorious opportunity to reclaim our birthright as Tree Women: women, men and children; partners in creation as evolution. 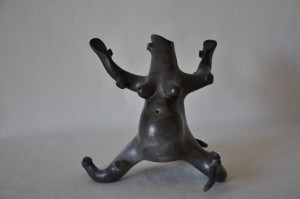 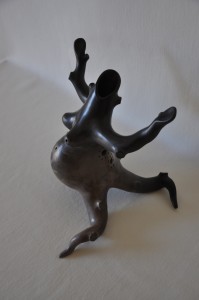 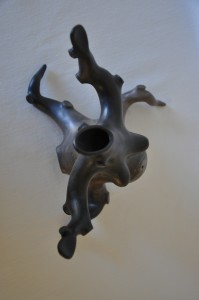 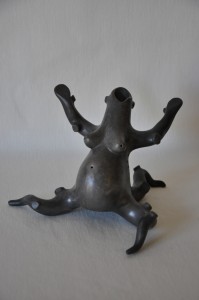 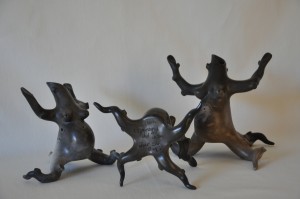 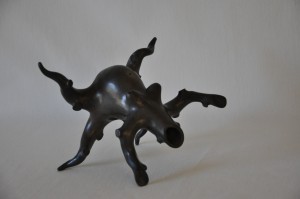 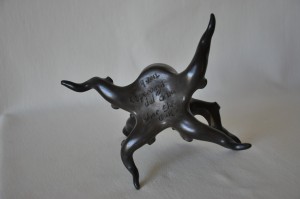 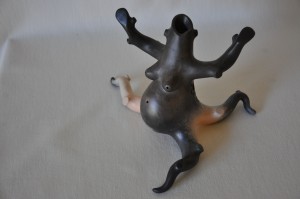 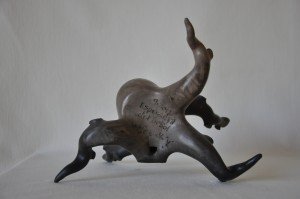